In 2014 the RMP have been invited to appear at the prestigious Festival of Voices in Hobart, Tasmania.

There they will rehearse and perform Mozart’s Requiem with members of many of Tasmania’s leading choirs, and will be accompanied by the Hobart Chamber Orchestra. The Requiem will be conducted by David Lawrence, currently the Director of Choir at the London Symphony Orchestra.

The first half of the concert will feature a recital of glorious choral works performed by the RMP Choir conducted by Andrew Wailes, including Vaughan Williams Toward the Unknown Region, Morten Lauridson’s O Nata Lux de Lumine, Stanford’s Beati Quorum Via, and Philip Stopford’s Ave Regina Ceolorum. Now in its 26th year, the Hobart Chamber Orchestra has established itself as a high quality ensemble with a reputation of initiative and courage to try new works, enduring relationships and collaborations, and the fostering of new talent.  Membership of the HCO is drawn from retired, current and semi-professional musicians, Conservatorium students, and experienced amateurs.

The Orchestra has premiered works in Australia and regularly features outstanding soloists.  Highlights in the last few years have included presentation of the Brandenburg Concerti of J S Bach, Carl Rutti’s Requiem with the Loose Canon Chamber Singers, a ‘Sounds Tasmanian’ concert and Bach’s St Matthew Passion under the direction of Peter Tanfield.  The Orchestra generally presents four or five concerts per year at various Hobart venues.

To see the RMP Choir’s profile at the Voices Festival website, please visit: 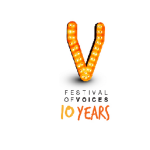 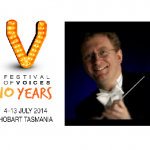 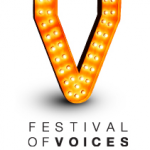