THIS CONCERT IS SOLD OUT. PLEASE NOTE THAT THERE WILL BE NO TICKETS FOR SALE AT THE DOOR

Mozart Finale to The Act II of Die Zauberflöte

The Clarinet Concerto was the musical genius’s last major instrumental piece, and one of his most poignant concertos. Mozart was at the shining apex of his talent at the time he wrote the clarinet concerto. His mastery at blending solo instrument with orchestra is staggering in this work and it is no wonder that today it is regrded as one of the world’s most cherished classical works for orchestra. The clarinet concerto seems to have been the perfect paintbrush for Mozart to illustrate his inner melancholy with. At the time of writing it he had fallen ill, and perhaps knew his doom was imminent. Written in 3 movements, the work begins with an Allegro: A rich, flowing first movement which sets the stage for the clarinet with breathtakingly virtuosic passages, packed with enormous jumps between various registers of the instrument. The famous second movement Adagio in which the composer express his inner loneliness is one of the most well known Mozart pieces, because of the touching solo melodies and the deep currents of melancholy which stream through it. In contrast the final Rondo, Allegro smashes the sadness of the second movement,  charging to a bouncy, almost humorous finale in a flighty whirlwind of sound which rounds out the concerto.

One of the world’s most loved operas, Die Zauberflöte, K. 620, better known to English speaking audiences as The Magic Flute, was written by Mozart in two acts to a German libretto by Emanuel Schikaneder. The work is in the form of a Singspiel, a popular form that included both singing and spoken dialogue. The work premiered on 30 September 1791 at Schikaneder’s theatre, the Freihaus-Theater auf der Wieden in Vienna, just two months before the composer’s premature death.

In the opera the Queen of the Night persuades Prince Tamino to rescue her daughter Pamina from captivity under the high priest Sarastro; instead, he learns the high ideals of Sarastro’s community and seeks to join it. Separately, then together, Tamino and Pamina undergo severe trials of initiation, which end in triumph, with the Queen and her cohorts vanquished. The earthy Papageno, who accompanies Tamino on his quest, fails the trials completely but is rewarded anyway with the hand of his ideal female companion Papagena. In teh Finale to Act II, Papageno despairs at having lost Papagena and decides to hang himself.  (There we hear the famous Aria/Quartet: “Papagena! Papagena! Papagena! Weibchen, Täubchen, meine Schöne”) The three child-spirits appear and stop him. They advise him to play his magic bells to summon Papagena. She appears and, united, the happy couple stutter in astonishment and make bird-like courting sounds at each other. They plan their future and dream of the many children they will have together (Duet: “Pa … pa … pa …”). The traitorous Monostatos appears with the Queen of the Night and her three ladies. They plot to destroy the temple (“Nur stille, stille“) and the Queen confirms that she has promised her daughter Pamina to Monostatos. But before the conspirators can enter the temple, they are magically cast out into eternal night.In  The Temple of the Sun Sarastro announces the sun’s triumph over the night, and hails the dawn of a new era of wisdom and brotherhood in a grand chorus which concludes the opera.

Widely regarded as Mozart’s most grandiose and spectacular choral work, the Great Mass in C minor K. 427/417a, is the common name of the last musical setting of the mass by the great Wolfgang Amadeus Mozart (which, like his famous Requiem, was left unfinished at the time of his death). Mozart composed the work in Vienna in 1782 and 1783, when he was no longer a church musician of the Salzburg Cathedral in thanksgiving for the life of his wife. A large-scale missa solemnis, the “Great” Mass is scored for two soprano soloists, a tenor and a bass, double chorus and large classical orchestra. The work was composed during 1782/83. In a letter to his father Leopold dated 4 January 1783, Mozart mentioned a vow he had made to write a mass when he would bring (his then fiancée) Constanze as his wife to Salzburg; Constanze then sang the glorious coloratura soprano aria “Et incarnatus est” at the work’s premiere. The first performance took place in Salzburg on Sunday 26 October 1783 in St Pater’s Abbey. Mozart had moved to Vienna in 1781, but was paying a visit to his home town in the company of Constanze, who had not yet met his father or his sister Nannerl.

The work embodies magnificent pomp and solemnity, associated with the Salzburg traditions of the time, but it also anticipates the symphonic masses of Joseph Haydn in its solo-choral sharing. The mass shows the strong influences of Bach and Handel, whose music Mozart was studying at this time. The Mass in C minor looks back to the tradition of Bach’s great Mass in B minor, although it is not clear whether Mozart actually knew that specific work. Both are examples of what is sometimes called a Cantata Mass, in which the Gloria and Credo, the two parts with very lengthy texts, are subdivided into a series of arias and choruses. Mozart’s Mass also includes some of his most imposing fugues. He thus combines the old with the new, calling as well upon his gifts as a great opera composer and master of a gallant style.

In July 2015, Pope Francis told reporters that the “Et incarnatus est” from Mozart’s C minor Mass “is matchless; it lifts you to God!” 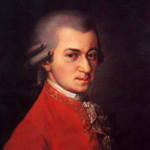 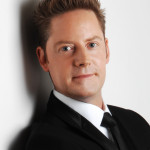 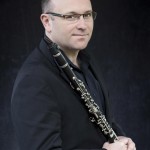 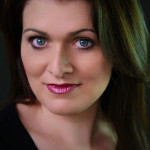 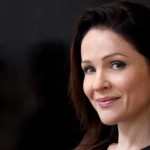 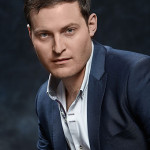 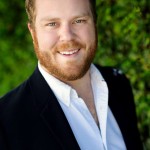 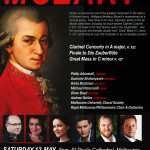