Book at Ticketmaster  in person, or at http://www.ticketmaster.com.au or by calling 136 100

Toward the Unknown Region Song for full chorus and large orchestra

This sumptuous and magnificent 1906 setting of the great American poet Walt Whitman’s poem “Darest thou now, O soul” established Vaughan Williams’ reputation as one of the leading composers of the twentieth century. It was his first major composition to draw attention from both public and critics.

Vaughan Williams was introduced to the poetry of Whitman by his teacher Sir Charles Villiers Stanford and he quickly became fixated on Whitman’s poems. The outcome was the composer’s A Sea Symphony, gradually brought into focus over seven years and first heard in 1910. A companion piece, started later but completed sooner, was Toward the Unknown Region. Vaughan Williams remembered that when he and his friend Gustav Holst had both considered themselves ‘stuck’, they decided they should both set the same Whitman text from ‘Whispers of Heavenly Death’ and jointly select the winner. They duly awarded the prize of honour  to Vaughan Williams for this work. It was first performed at the Leeds Festival on 10th October 1907 with the composer conducting.

Vaughan Williams referred to the work as a “song for chorus and orchestra” and it was announced thus at the festival. Vaughan Williams subsumes into his score when he looks to the psalm tune Sine Nomine ‘and reaches a blazing climax in the final bars, emblematic of the ultimate triumph of the soul’s destiny’. Romantic in style and transcendental in mood, the work ends with remarkable and powerful joyfulness at the thrilling and powerful conclusion.

One of the most endearing and enduring orchestral song-cycles ever composed, Sea Pictures is a set of five poems set to music by the great English romantic composer Sir Edward Elgar and made famous by two of England’s great contraltos, Dame Clara Butt and later Dame Janet Baker.

The words are by the composer’s wife Alice who provided texts for a number of Elgar’s early songs. Elgar set the poem some three years earlier, publishing it separately under the title Love Alone but later incorporated it into the song cycle, in which it is undoubtedly one of the most charming of the five songs.

In October, 1898, the Norwich Festival asked Elgar for a short choral work for 1899. His preoccupation with the great Enigma Variations, and its premier in the spring of 1899, delayed his start on this commission. In January 1899, however, the festival recommended the project be a Scena for a young contralto Clara (later Dame Clara) Butt (1872-1936) who had already been engaged. The songs were written with her magnificent voice and wide range in mind, and with her occasional requests. In the summer of 1899 Elgar orchestrated Sea Pictures and it premiered in Norwich on October 5th, 1899. Two days later he performed Sea Pictures in the piano-vocal version in London.

•”In Haven (Capri)” by Caroline Alice Elgar, the composer’s wife

•”Where Corals Lie” by Richard Garnett

•”The Swimmer” by Adam Lindsay Gordon

The premiere was on 5 October 1899 at the Norfolk and Norwich Festival with Elgar himself conducting and Clara Butt singing, dressed as a mermaid! On 7 October, Clara Butt gave the first London performance at St. James’s Hall, with Elgar at the piano. Nearly two weeks later, on 20 October, Butt performed it for Queen Victoria at Balmoral Castle

“We are the music makers, And we are the dreamers of dreams…”

One of Elgar’s finest but rarely performed large-scale works, The Music Makers (1912) was commissioned for the Birmingham Festival, which had also presented the first performances of the composer’s Dream of Gerontius, The Apostles, and The Kingdom. This setting of Arthur O’Shaughnessy’s Ode (1874) does not share the religious subjects of Elgar’s earlier works, but reflects on music makers – or any artists – as not only the world’s leaders and creative forces, but, as O’Shaughnessy says, “world-losers and world-forsakers, forever and ever.”

The work, written on a grand Romantic scale, is semi autobiographical. Elgar includes a number of explicit quotations from his most important earlier works (including Sea Pictures, The Dream of Gerontius, The Enigma Variations and both symphonies), which recall his earlier career through a series of quotations from those great works which gave him fame as a composer. The music also demonstrates that he felt a strong affinity with the words of the poem, identifying himself with the ‘dreamer of dreams’ in the first line of the poem.

The Music Makers achieved an immediate popularity, receiving frequent performances in the years following its composition. And while its initial popularity may have declined somewhat, the work is still performed regularly if infrequently, with the quotations adding a certain novelty value to what is undoubtedly a grandiose, yet mellow and emotionally heartfelt work of great quality. 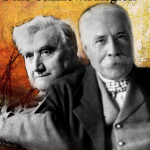 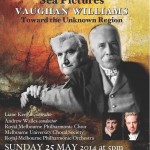 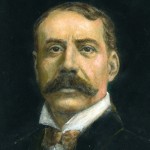 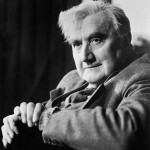 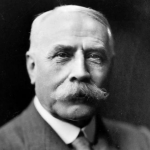 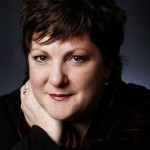 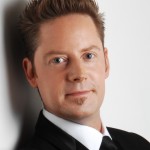