This concert has now been postponed until Saturday 19 November 2022

The legendary Australian band “The Angels” will rock again in this symphonic spectacular.

Hot off the heels of their sold-out performances with groups such as the Adelaide Symphony Orchestra, and the Royal Melbourne Philharmonic in 2019, The Angels return in a symphonic spectacular.  Under the musical direction of conductor and composer Rob John, the legendary band – featuring brothers Rick and John Brewster, Nick Norton, Sam Brewster and charismatic front man Dave Gleeson – are set to rock again in this symphonic spectacular. The dramatic orchestral arrangements were scored by Rob John, who has enjoyed a distinguished career as a concert master for the likes Elton John and Natalie Cole, and award-winning composer Jamie Messenger.

Symphony Of Angels – Orchestrated  sees The Angels, along with a full symphony orchestra and the acclaimed Royal Melbourne Philharmonic Choir, traverse 20 of the band’s biggest hits, from ‘Take A Long Line’, ‘Marseilles’, ‘After The Rain’, ‘Be With You’, ‘No Secrets’ and ‘Am I Ever Gonna See Your Face Again’ to name a few.

There is nothing more glorious than the joy of music being passed from one generation to the next. The Angels walk on stage to Hooper Brewster-Jones’ overture from Australia Felix. Hooper’s grandsons, John and Rick,  nod at each other. John then looks at his son, Sam, on bass, and smiles. Three generations of Brewsters making music. Full circle. A dream come true. The power of music.

Forty-five years after they formed – “45 years better,” one fan remarks – the power of The Angels is undiminished. The Brewster Brothers’ incomparable guitar interplay, the rumbling rhythm section of Sam Brewster and Nick Norton, and the manic energy of frontman Dave Gleeson, a potent mix of menace and mirth.

There are moving tributes to bandmates who are no longer with us. Love takes care of its own. I just want to be with you. Classic rock, classical music. Seemingly, a clash of cultures. In the end, this is a communal experience. Many members of the crowd have brought their children. Some are seeing The Angels for the very first time.

There’s an orchestra on stage. The band members smile as every member of the crowd joins them: “No way, get f#cked, f#ck off!” The chant. A rallying cry. An Aussie mating call. This is family – A Symphony of Angels.

Book your tickets now for what promises to be an unforgettable night at the iconic Palais Theatre in St Kilda. 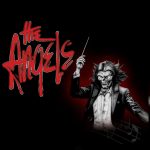 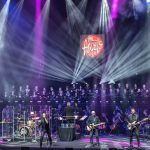 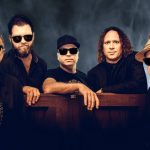 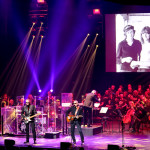 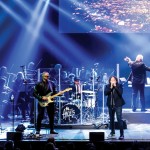 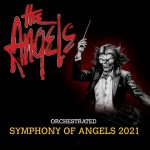 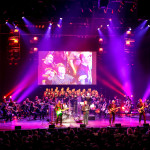 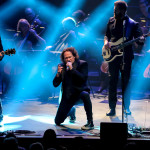 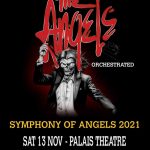